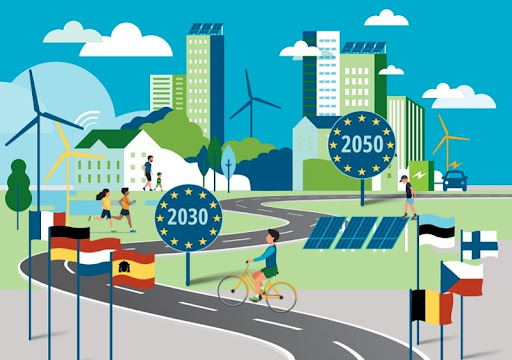 The regulation of the European Parliament and of the Council establishing the framework for achieving EU climate neutrality has been published in the Official Journal of the EU, which, in line with the Paris Agreement, sets some objectives for the European Union such as:

-ensure the irreversible and gradual reduction of greenhouse gas emissions by at least 55% compared to 1990 levels by 2030;

-increase the volume of the net carbon sink by 2030;

-or establish a European Scientific Advisory Committee on Climate Change which will support the EU with scientific and technical expertise to achieve  Europe’s climate.

“The climate change crisis has already been solved. We already have the facts and solutions. All we have to do is wake up and change”